Continuing off my series of Paint the Night segments begun last week, we move on to the intermediate floats between the opening Peter Pan segment and the Monsters, Inc. unit.  Large, light-adorned puppets of Tigger, Genie, and Lumiere rove the street, greeting guests all around.

If the design of these characters look familiar, that's because they are!  Way back when World of Color opened in 2010, there was a brief preshow called Carnivale of Color that featured large figures of Tigger, Genie, Lumiere, Mike Wazowski, and and Sebastian.  As the [over-repeated] of "Something something something good!" (not kidding there; we will omit this from the list of Disney lyrical highlights) blared over the speakers, these characters appeared in sections corresponding to their associated colors to hype up the audience in advance of the World of Color show.  This preshow only lasted the summer, and the puppets were shuttered away, seemingly never to see the light of day again (not that they ever really saw the light of day in the first place--World of Color is a nighttime spectacular, of course.


But now three of them are back, and it's kind of a nice touch to see these guys back in the public eye.  Although the World of Color preshow was far from amazing, the puppet design was, and the luminous Disney characters are a wonderful fit into the fantastic Paint the Night parade! 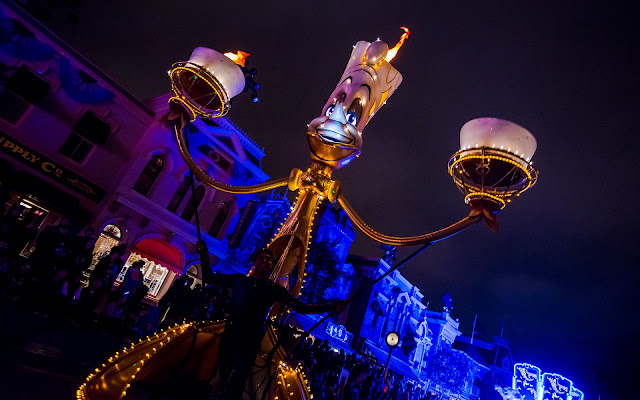 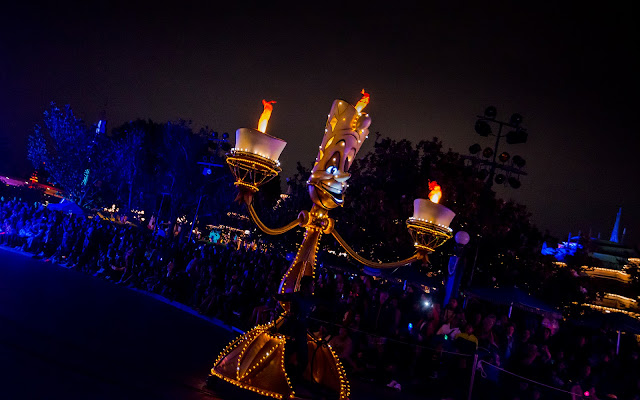 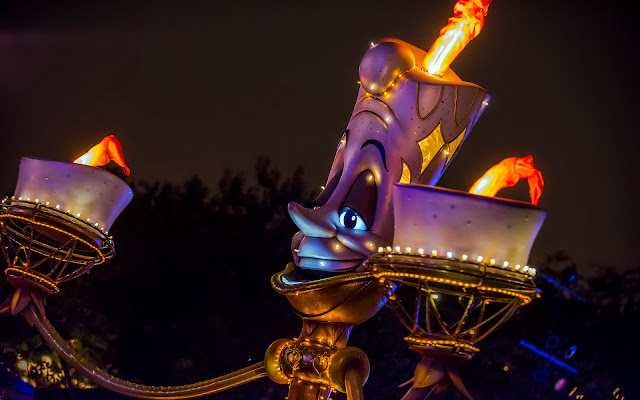