At Disneyland California, two iconic figures that have graced the park since its early days are the old Main Street "Cigar Store Indian" and the "Frontierland Indian" (or properly, Native American, but thematically within the time these lands are set in, they called them Indians back then).  They're figures that don't particularly play any integral part of the theming anymore (the Cigar Store Chief was connected to the old Cigar Store original to Disneyland Park, while the Frontierland figure connects to the old Native American Village in Frontierland), but they're just there, a remnant of park history that survive to this day.

Their legacy, however, extends beyond Anaheim and also features in Magic Kingdoms around the world, including this figure in Tokyo Disneyland, in front of the Western Wear shop in Westernland, Tokyo Disneyland's version of Frontierland.  Standing confidently and calmly, the chief holds out a box (a cigar box or maybe a horseshoe box?), making himself prime for a photo op.  But even by himself, he makes for an elegant figure that just adds to the richness of the theming in Tokyo Disney's version of the Old West! 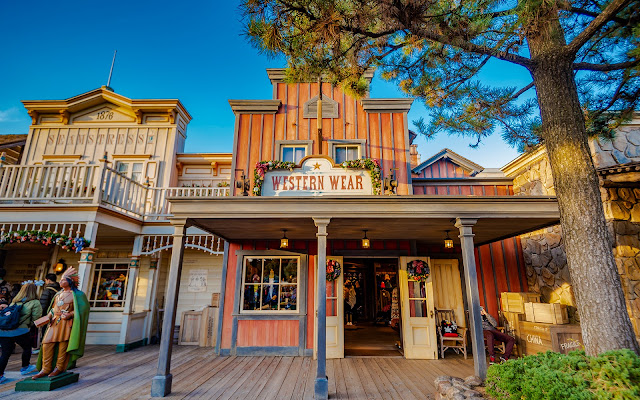 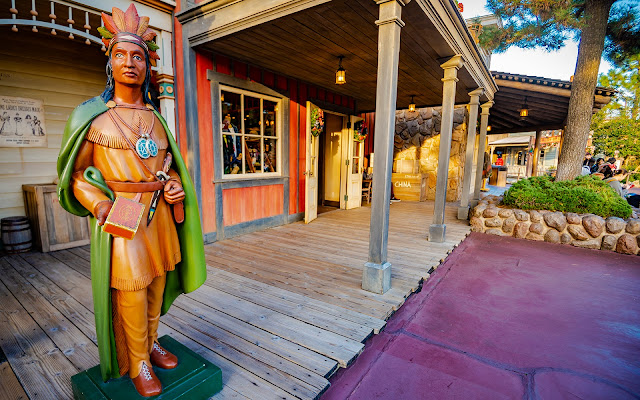