Festive Carthay Firecrackers in the Sky

Composition is the foundation of photography, and it doesn't only come into play when framing a shot in camera--it can also factor in when editing a photo.  Quite a few years ago, I spent an evening shooting the Disneyland fireworks from neighboring park, Disney California Adventure, with the Carthay Circle Fountain as the foreground and the bursts of pyro serving to provide interest in the background.  Given the open area, though, this meant that occasionally, people would pass into my frame, and on several circumstances, people stood right in it.

In the examples below, though, this created an opportunity.  While the fountain was centered in my original photo, after cropping out the individual on the right side of the frame, I was able to recompose an assymetrical arrangement that put the fireworks on the intersection of a rule-of-thirds point, lending a bit of dynamicism to the scene.  So rather than throw the shot away, leaning into a different composition allowed it to take on a new character.  Processes like this are what make photography such a diverse and fun hobby to constantly work through! 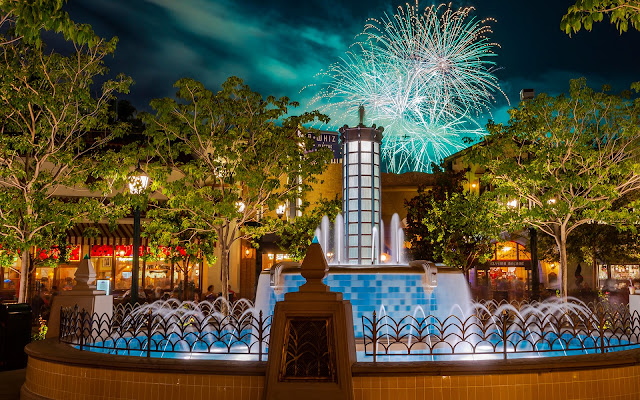 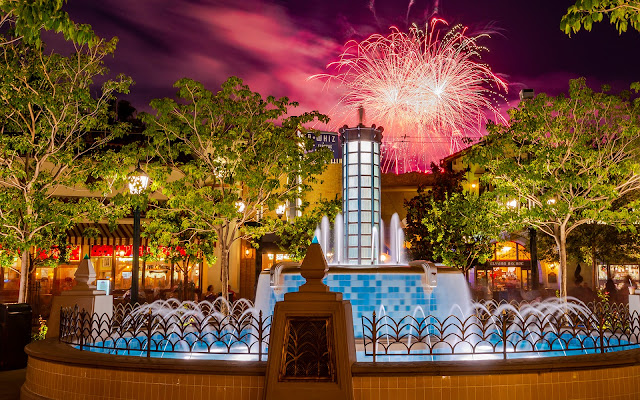