The Haus and the Grotto

One place I really need to revisit is Walt Disney World.  Compared to my photo catalog of every other Disney theme park around the world, my pictures of the four parks of Walt Disney World are sorely lacking in quality, since my abilities as a photographer have improved significantly since I visited way back in 2009.  So, if you've noticed a relative dearth of WDW photos, that's why.  I have very few photos that I consider nice enough to exhibit.

An exception lies here and there, so here are some photos from Fantasyland (pre-expansion, mind you), looking at the Pinocchio Village Haus Restaurant and Ariel's Grotto.  One is a restaurant, and the other a meet-and greet.  But this was a nice sunny day, so it wasn't really that hard to get a "nice" photo. 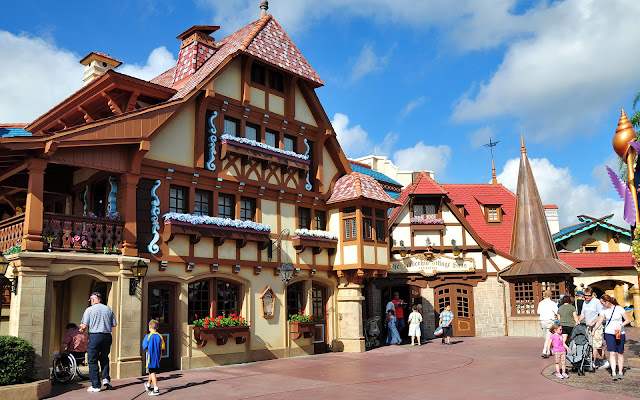 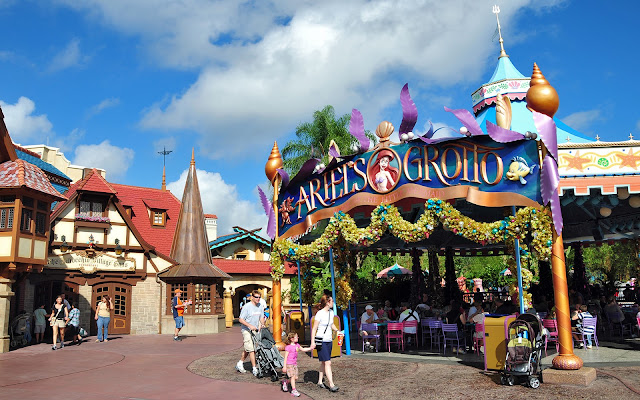 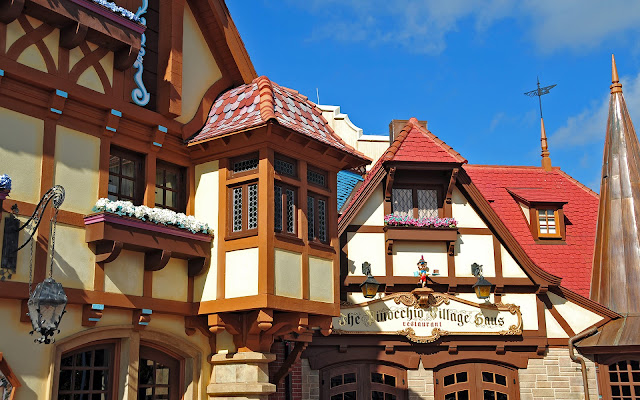