Mystic Manor is the best ride that Disney has ever created.  That's my opinion, but I think a lot of people will agree.  I'll get into specifically why in a future post, but the short version is that Mystic Manor presents the next generation of Disney dark ride E-Ticket attractions that fully immerse guests into an exciting and irresistible story while recapturing that effect of wonder and awe that reduces adults to enchanted children making their first visit to the Happiest Place on Earth.

When I describe Mystic Manor to people who haven't heard of it (and there are a lot of casual guests who have not, since it's all the way over in Hong Kong), I call it Hong Kong Disneyland's version of the Haunted Mansion.  Butt that's really a disservice, because aside from being a prominent old house with some supernatural artifacts, Mystic Manor is its own story, ride, and experience.  It is the residence of one Sir Henry Mystic, member of the Society of Explorers and Adventurers (a secret group of immensely wealthy world travellers and collectors), who has gathered up rare and exotic treasures from all around the world.  As such, his home also functions as a museum for these artifacts, and guests have been invited to see what he has discovered over the years.

The story is more excitement than spookiness, but I'll admit, one look at the show building outside, and the Haunted Mansion references are certainly there.  Consider this more of an eclectic, Winchester Mystery House meets Ruso-Asianic influences edifice.  In any case, it's a classic all its own! 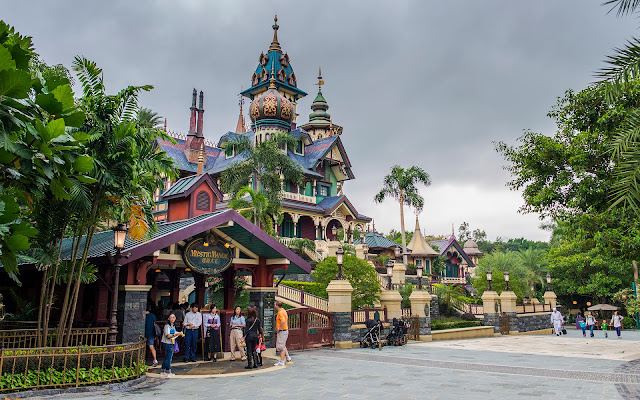 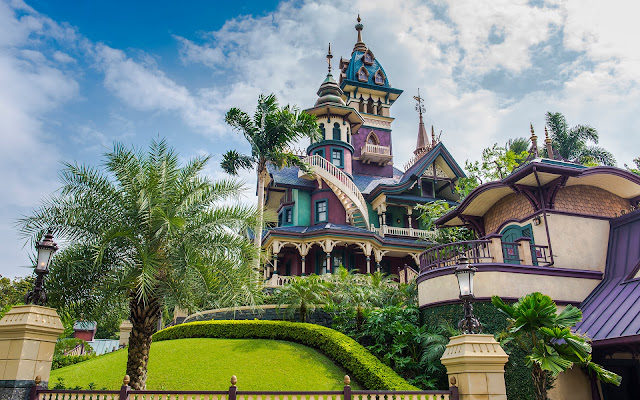 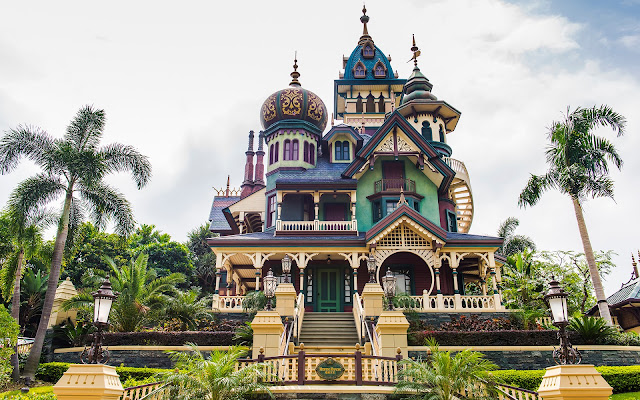 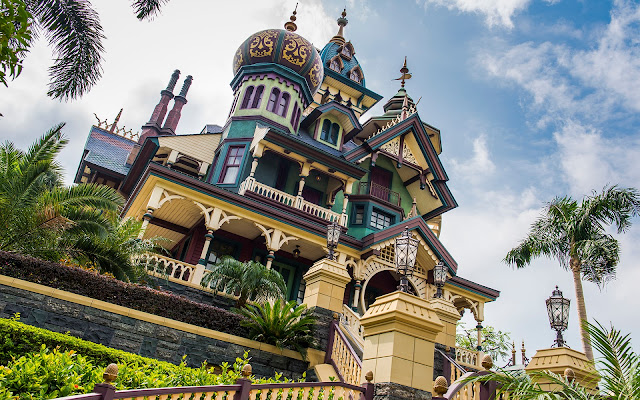