On the same Tokyo vacation day that saw a dramatic sunset as I was leaving Tomorrowland, I also basically ran around as many places as I could to capture vivid scenes of dramatic clouds and sky at a park that I had never previously visited.  The first time visit meant that I was taking a lot of photos in general, but the incredible sunset afforded a very unique opportunity to capture some especially spectacular scenes.  This angle of the park proved especially ethereal, and it also reveals an interesting fact about Tokyo Disneyland--it's oriented southward, the reverse of the U.S. Magic Kingdoms, which means that sunset actually happens over Tomorrowland as opposed to the Frontierland and Adventureland sunsets that Americans are used to.  But hey, regardless of the continent, when there's a beautiful sunset at a Disney park, it's just as gorgeous! 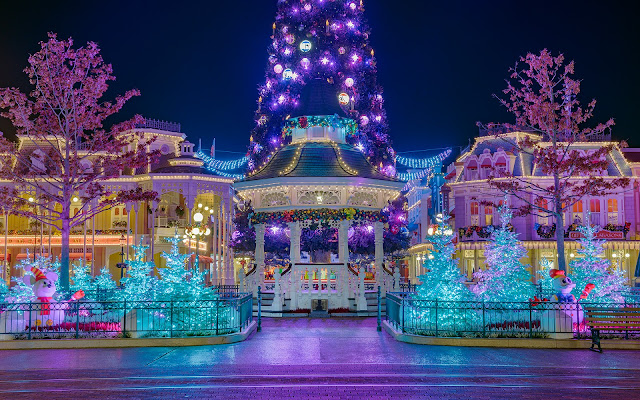