Tokyo Disney Sea has a lot of rides of epic scale and grandeur, but Aquatopia isn't one of them.  Instead, it's an exercise in fun, frivolty, and silly play.  The attraction looks like a set of bumper boats upon first glance, until you track the movements of the aquatic vessels and realize no one is hitting each other.  Instead, the ride vehicles are wirelessly controlled to proceed along a set route, turning and backing up and sometimes spinning around in watery absurdity.  This same technology has since been used at Luigi's Rollickin' Roadsters at Disney California Adventure, but the original iteration in Tokyo is still more whimsical.  And on a beautiful blue sky day, it's an absolute joy to take in! 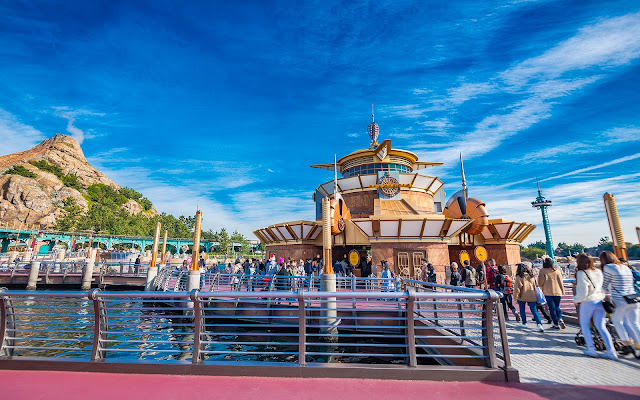 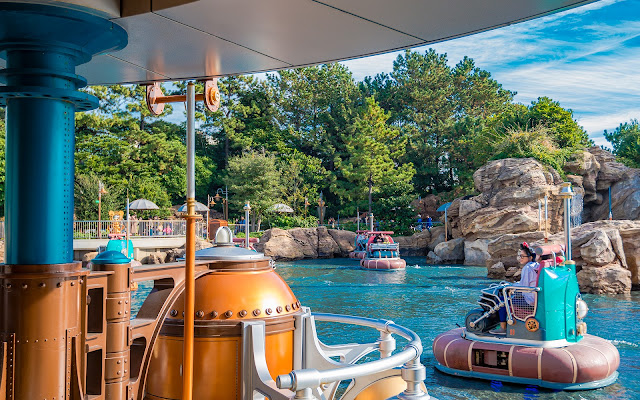 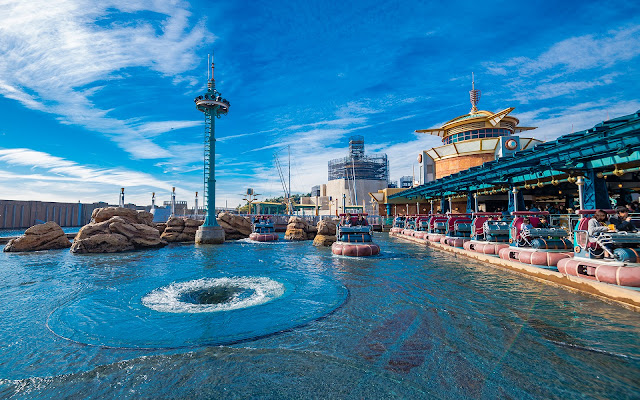 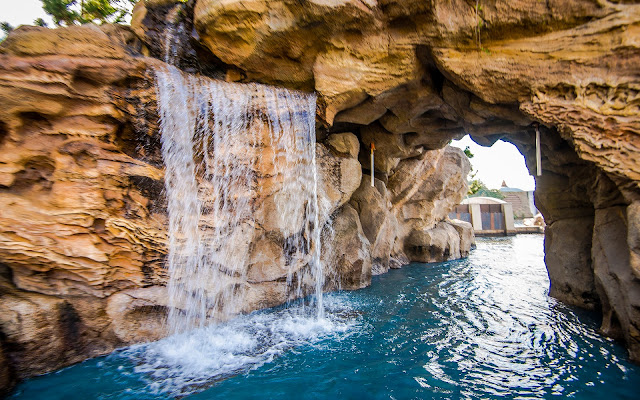 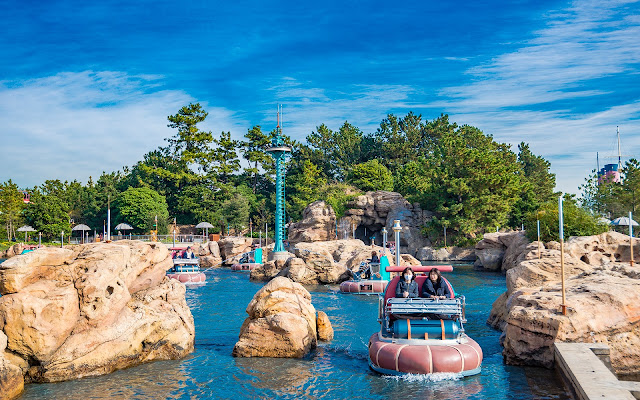